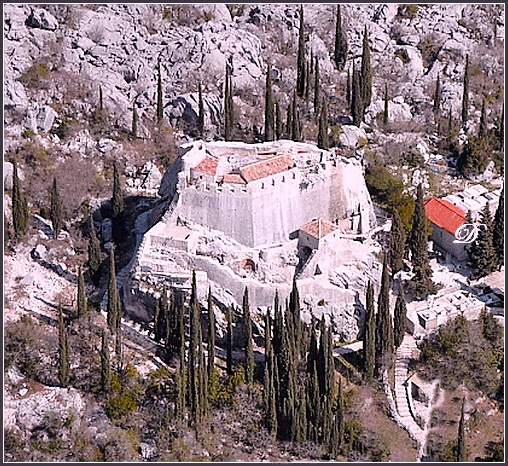 Sokol town or Sokol tower, a fort in the Danube settlement in Konavle. The first memorable memorial was built in 1391, although the fortification or its forerunner existed earlier. The site is a fortress of the Bosnian nobles (before them there was an Illyrian fortress, Roman and Byzantine fortress) that came to the possession of the Dubrovnik Republic of the year 1420, after the sale of Konavle. Since then, continuous work on its upgrading, refurbishment, reinforcement, armaments and maintenance has begun. In the area where the forts have traces of life of 4,000 years old. There was a great earthquake in 1667. In the post-1668 writings no longer mentioned, suggesting that after that year it was abandoned. As it was customary in abandoned fortifications, the surrounding peoples used their stones to build their houses and fence and support bricks, and so badly decommissioned it. What remains of the fort remains canned and is continually maintained. In April 2013, the fort was completely restored by the Society of Friends of the Dubrovnik Old Testament (purchased from the church that owned the Fortress in the same 1970s) and became accessible to visitors with the payment of tickets. In the first 9 months of 2013, Sokol Town was watching 5 800 visitors. 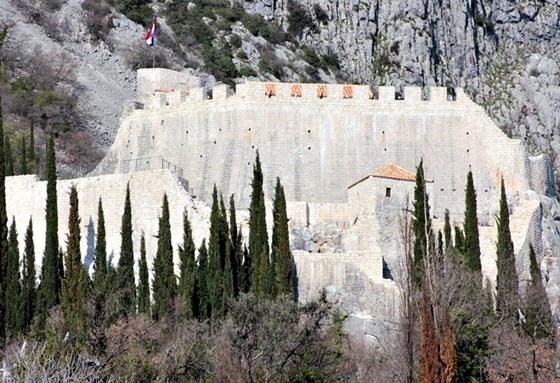 In the possession of this fortress, the people of Dubrovnik did not enter in practically until 1420; Since then, continuous work on its upgrading, refurbishment, reinforcement, armaments and maintenance has begun. It has survived a great tremor in 1667.
It is no longer mentioned in archive documents after 1672, so it is to be concluded that after that year it was abandoned. As it was customary in abandoned forts, the surrounding peoples used their stone to build their homes and their fencing and support barges, and so badly dismantled them. What remains of the fort remains canned and is continually maintained.

JOIN US FOR THE RIDE!
RAGUSA RENT A CAR

Join us for the ride

You can find out more about which cookies we are using or switch them off in settings.

This website uses cookies so that we can provide you with the best user experience possible. Cookie information is stored in your browser and performs functions such as recognising you when you return to our website and helping our team to understand which sections of the website you find most interesting and useful.

You can adjust all of your cookie settings by navigating the tabs on the left hand side.

Strictly Necessary Cookie should be enabled at all times so that we can save your preferences for cookie settings.

If you disable this cookie, we will not be able to save your preferences. This means that every time you visit this website you will need to enable or disable cookies again.